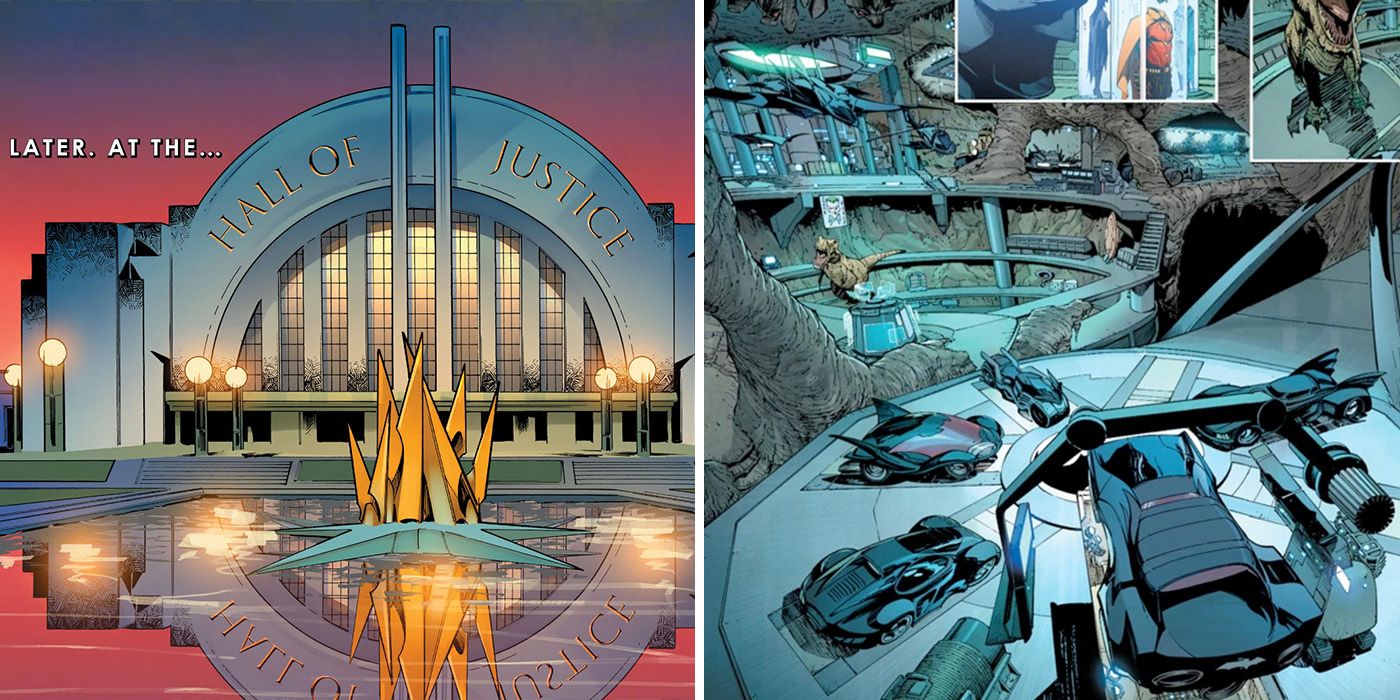 DC is home to a number of super-powered teams from the Justice League to the Teen Titans, as well as underground organizations. Readers can’t help but be interested in where these groups train and grow, especially when new superheroes are constantly coming out of the woodwork.

To acquire the necessary skills to be part of one of these prestigious teams of superpowered people, it would be necessary to have the best possible training facilities. From secret underground caves like the Batcave to big, obvious buildings like the Hall of Justice, these teams have some of the craziest places to get their skills in shape, many of which are actually incredibly cool.

The Legion Academy is mysterious

The Legion Academy is a training school created by Jim Shooter and Curt Swan for DC Comics. The Academy has been revisited by multiple creators and is used for the development and education of potential members of the Legion of Super-Heroes in the far future.

Not much is known about the Legion Academy other than that it is difficult for those with superpowers to enter. Those who do are also not guaranteed membership in the Legion, which makes this training center quite prestigious and picky about the people they train. The mystery is pretty cool, and readers can only hope it develops further as DC resurrects the Legion.

The secret University of Our Lady of the Shadows

The alumni of this university are top secret, although it is speculated that many other female spies were present due to its location and 200-year-old history. This is another mystery training school in DC that fans really want to know more about. Although, if it’s frequented by spies, it makes sense that it’s mysterious and secretive.

The Hall of Justice has everything the Justice League needs

The Hall of Justice is the headquarters of the Justice League, an iconic building that first appeared in The power pirate in 1973. It was originally built in National City, then again in Gateway City when the original building was abandoned and destroyed.

The Hall of Justice literally has everything a superhero facility would need. It is a sanctuary. Besides being a training center, the Hall of Justice also has an advanced laboratory, a morgue, several other types of laboratories, cells and much more. Heroes have places to sleep, eat, and relax. It even has a swimming pool, which definitely makes it one of DC Comics’ coolest training facilities.

The Justice League satellite is in space

Much like the Hall of Justice, the satellite has just about everything superheroes could want or need, but in space. It has several different decks that contain private bedrooms, living rooms, arts and crafts rooms, and guest rooms. It also contains an archery range, swimming pool and gymnasium for training purposes. The satellite is truly a cool training facility that served as the Justice League’s main headquarters in the DC Animated Universe.

Titans Tower is the perfect place to train new heroes

Titans Tower was built by Dr. Silas Stone in an attempt to keep the Titans together, knowing the team was a good support system for his son, Victor Stone, also known as Cyborg. The tower first appeared in DC Comics in Robin’s Dream in DC Comics Presents #26but physically makes its first appearance in New Teen Titans #1 by Marv Wolfman, George Pérez, Romeo Tanghal and Adrienne Roy.

Titans Tower has been built three times, with the third and current tower being located in San Francisco Bay. The Third Tower was designed by Cyborg and built by the City Council in exchange for a deal with the Titans that they would escort the Villains to Alcatraz Island for incarceration. It has advanced communications systems and labs, as well as several areas of training facilities to keep the Titans up to date in their crime-fighting skills.

St. Hadrian’s Girls’ Finishing School was an all-girls finishing school that focused on teaching classes in upper-class etiquette, social graces, and cultural rights in preparation for entry into the society. At least, publicly. He first appeared in DC Comics in Batman Incorporated: Leviathan Strikes! #1 by Grant Morrison, Chris Burnham, Cameron Stewart and Nathan Fairbairn in 2012.

The school actually functioned secretly as a spy training academy for an international clientele. As part of the international spy agency Spyral, the girls learned assassination techniques and received lessons in lethal weapons. All in all, St. Hadrian’s was a cool training facility that eventually closed at the hands of Batman.

Green Arrow’s Arrowcave is a haven of peace

The Arrowcave is the base of operations for Green Arrow and his junior partner Speedy in DC Comics. It is located in Star City under the Queen Estate and has been used by other superheroes and villains.

The Arrowcave is a huge cavern that stores the Arrowcar and Arrowplane, as well as other tools used by Green Arrow. It is also used as a training center for heroes to hone their archery skills and provided a safe haven for Harley Quinn when she was in hiding from Superman. Quinn suggested the cave be called “Quiver”, but also subsequently burned down most of the Arrowcave by accident.

The Batcave is perhaps DC Comics’ most iconic facility and is the headquarters of Batman. The Batcave is located under Wayne Manor and is a series of caves created by Harry L. Fraser.

The Batcave has many uses for Batman, including as a command center where he monitors all distress signals across Gotham City. It also has various areas used as training facilities for Batman and his allies, as well as a personal gym and labs, and features state-of-the-art technology. The Batcave has everything Batman could ever need to do his crime-fighting job, and it’s arguably one of DC Comics’ coolest training facilities.

Next: 10 DC Families More Dysfunctional Than They Seem