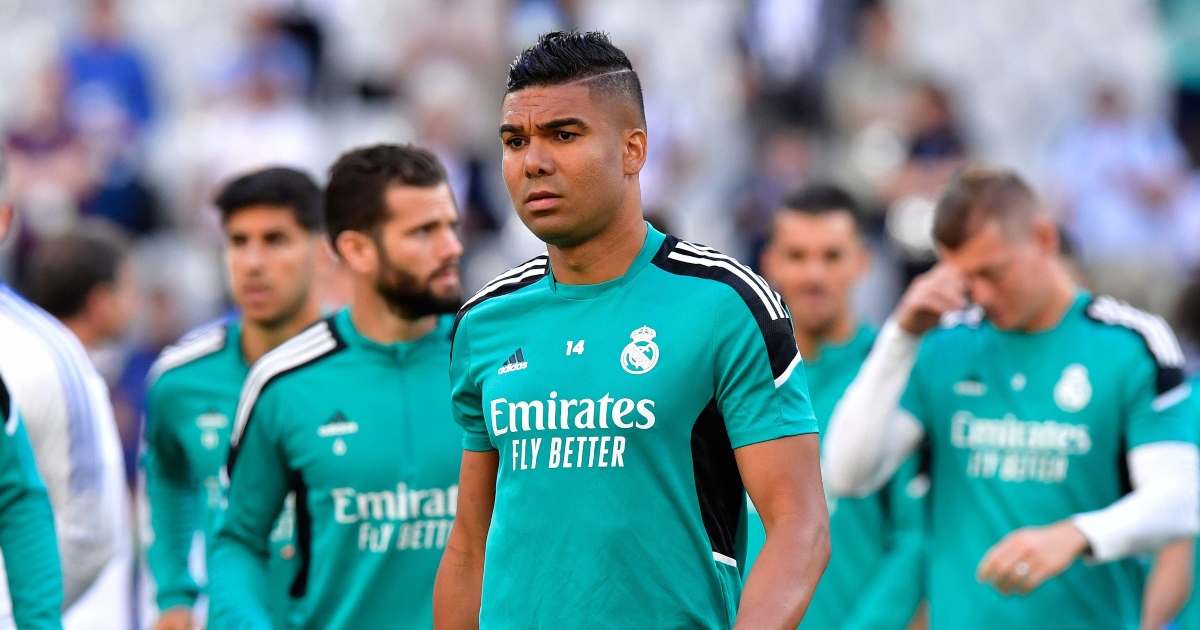 Real Madrid midfielder Casemiro has been filmed leaving his training ground ahead of his impending move to Manchester United.

Casemiro joined Madrid from Sao Paulo in 2013 and has since become one of the best defensive midfielders in the world, making 336 appearances in all competitions for Los Blancos.

United have now agreed to pay Madrid Initial £50.7m plus £8.5m in add-ons to secure his signing. He would become one of United’s top earners if he completed the move and signed a four-year deal with the option of a further year.

“Casemiro wants to try a new challenge, and me and the club understand that,” Carlo Ancelotti said in a press conference ahead of Madrid’s game against Celta Vigo. “After everything he has done for this club, we have to respect his decision.”

The Madrid boss continued: “Casemiro is leaving but we have a lot of resources to replace him. There is no turning back, Casemiro has decided to try a new challenge. We want to wish him the best.

“Just yesterday I realized Casemiro was leaving, but our plans don’t change – we will compete for everything with or without Casemiro.

“I think Casemiro was a key player for us, he was important for Kroos and Modric – the combination was the key to success. Casemiro’s teammates understand his decision, they respect it, it was his will to try a new challenge and we must accept it.

“I can’t answer why Casemiro swapped the European champions for a struggling team, it’s his personal decision.”

Casemiro trained with his Real Madrid teammates for the first 15 minutes of Friday morning’s training session before bidding farewell. He then received a police escort as he left Madrid’s Valdebebas training ground through the back door.

According to a report from Marca, the midfielder is set to fly to Manchester tomorrow ahead of a medical and has already started looking for a new home.

But he won’t make his debut against Liverpool because Premier League rules state that players must be registered by midday on Friday if they want to play at the weekend.

Next Casemiro: The 10 players Man Utd have signed from La Liga