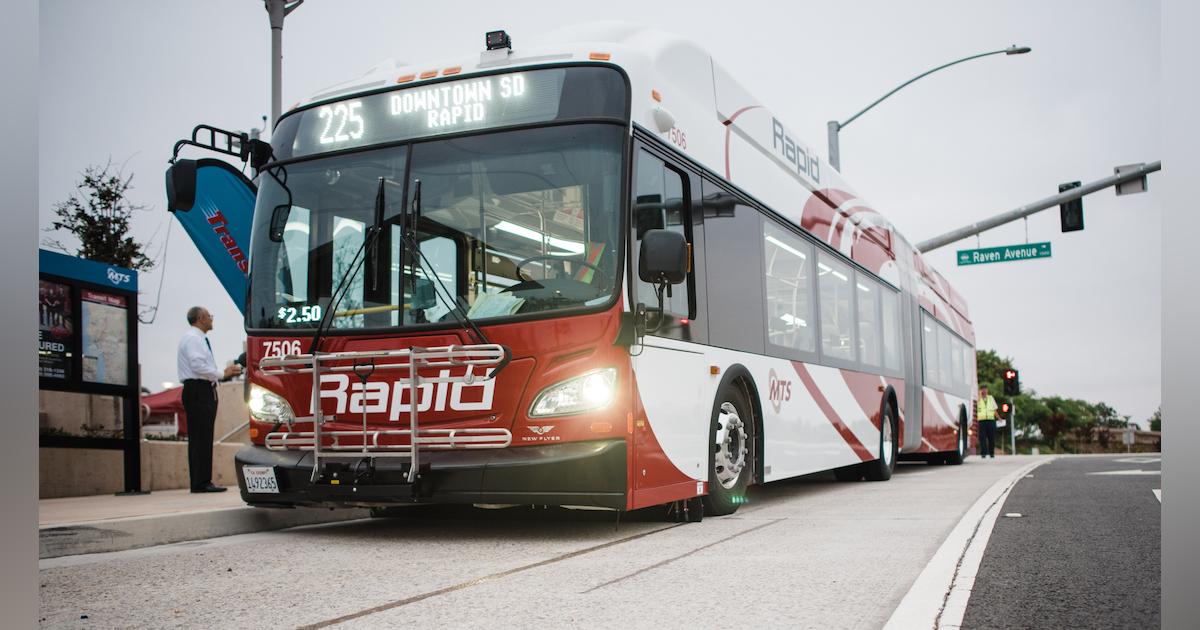 A joint effort between the San Diego Association of Governments (SANDAG), the San Diego Metropolitan Transit System (MTS), Caltrans, in partnership with the California Highway Patrol (CHP), will see the rapid bus service operate on the shoulder of the I-805 and SR 94 during rush hour.

MTS bus operators on Route 225 will complete on-the-road training in December and January, with Bus on Shoulder operations scheduled to begin in late January or early February. CHP will escort each bus during the training and project stakeholders are urging those driving on the highway to remain vigilant, obey road safety laws and posted signage, and never follow the bus on the shoulder.

Buses will only enter the shoulder of the freeway when the traffic lanes are operating at less than 35 miles per hour (mph) and will travel at a maximum speed of 35 mph on the shoulders. Shoulders will always be available for law enforcement, emergencies and incident management.

The pilot project showcases the first use of vehicle-infrastructure technology in the San Diego area, which allows buses to communicate with ramp counters. Buses will be fitted with driver assistance technology, including sensors that monitor lanes and provide audio and visual alerts to bus drivers to help avoid potential conflicts.

The $ 30.9 million pilot project includes $ 17 million for the new Rapid buses. In addition, teams from SANDAG and Caltrans completed construction to modify the ramps and shoulders of the freeway and install connected vehicle technology on I-805 and SR 94 in the summer of 2021. The teams also repaved sections of the shoulders and added strips and new signage along the route on I-805. and RS 94.