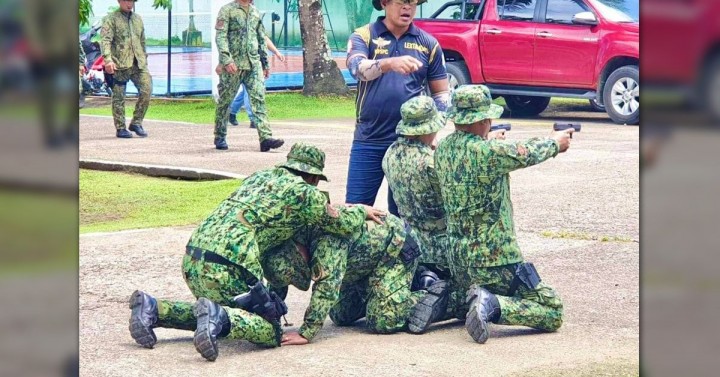 The Acting Director of Northern Samar Provincial Police, Colonel Alfredo Tadefa, said they had 32 officers trained in the security and protection of visiting and resident key figures during the election period.

“The training was aimed at improving the knowledge and skills of uniformed personnel, especially those who are detailed as security escorts, on how to protect and secure VIPs (Very Important Person) from potential harm,” said Tadefa in a message sent to reporters on Thursday.

“Training is important because the lives of VIPs depend on security escorts. This is also part of our election preparations here in North Samar as there are candidates facing death threats,” Tadefa added.

On April 4, the communist terror group detonated an antipersonnel mine in the highland village of Las Navas in northern Samar, killing two policemen and injuring two cops and two soldiers.

“We remind all units and personnel to remain vigilant. I also encourage the public to permanently reject the presence of the communist-terrorist NPA in their communities,” Tadefa said.

Northern Samar is considered the home of the communist terrorist group due to its thick forest and poor road networks.

The high incidence of poverty makes people in highland communities vulnerable to the persuasion of the Communist Party of the Philippines-New People’s Army-National Democratic Front (CPP-NPA-NDF).

The CPP-NPA is listed as a terrorist organization by the United States, European Union, United Kingdom, Australia, Canada, New Zealand and the Philippines.

The Counter-Terrorism Council also officially designated the NDF as a terrorist organization on June 23, 2021, citing it as “an integral and inseparable part” of the CPP-NPA which was established in April 1973. (NAP)