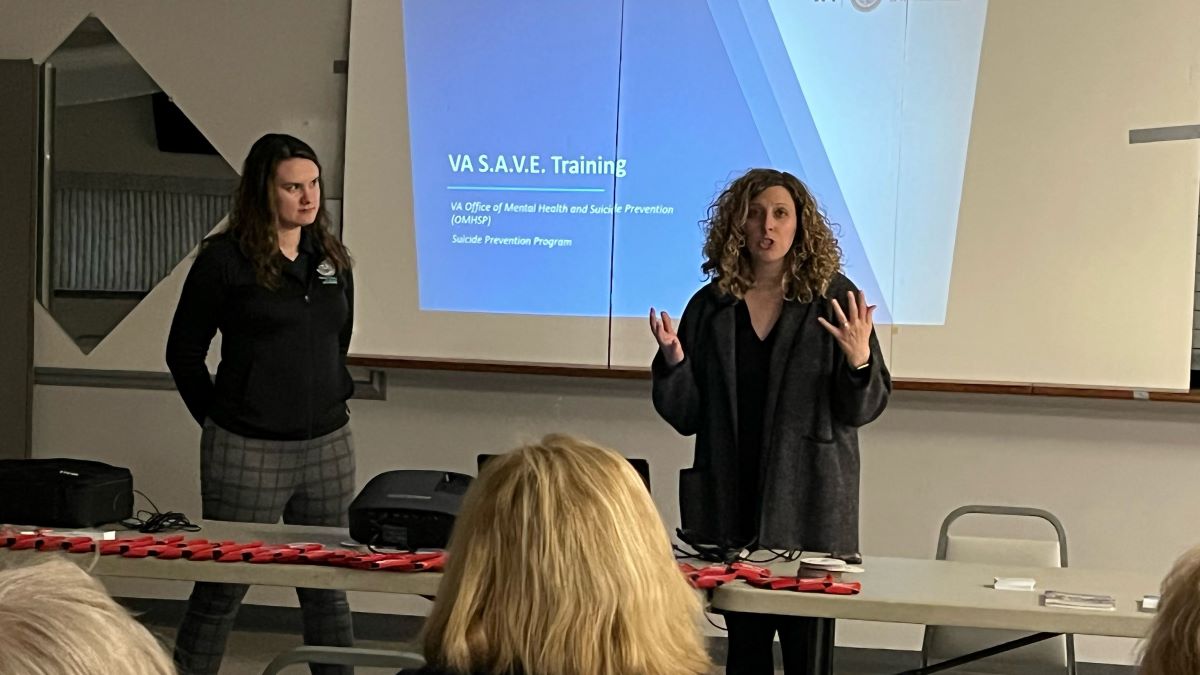 Bassett and Kaczmarczyk, who have both worked with the VA for a year, received many questions from the public in attendance regarding the VA’s suicide hotline as well as the benefits of the VA’s plan to combat suicides. Bassett said they are trying to eliminate the stigma surrounding military and veterans seeking mental health by having more presentations, like the one being held, and talking more about mental health. Kaczmarczyk explained that talking about suicide was taboo and would go so far as to call suicide the “s-word”. The two went on to cover the breakdown of wanted suicide statistics found by the VA and other sources. Additionally, they explained the myths and facts of suicidal people and how the VA plans to continue helping these heroes who are struggling in silence.

Audience members were concerned about trusting the AV due to past issues. Bassett and Kaczmarczyk said VA personnel answering hotline phones were professional and were there 365 days a year, 24 hours a day.

Station commander Tim Terrell was present and thanked Bassett and Kaczmarczyk. The post recently dipped into the mental health of veterans with the addition of their relatively new “Warriors Walk” event. The Post has raised over $27,000 over the past 2 years, all of which has been donated to The Head Strong project. The Head Strong Project is a non-profit organization that helps veterans get treatment quickly and at no cost to the veteran or their family. The coordinator of the VA presentation at the VFW was House Committee Member Ryan Brazel, a 20-year veteran of the Navy’s Operation Iraqi Freedom and founder of Warriors Walk. Brazel informed the post hopes to continue building a new and strong relationship between the VFW and VA. “We all have the same goal in the end, to get veterans the help they need and end the 22 suicides a day.”