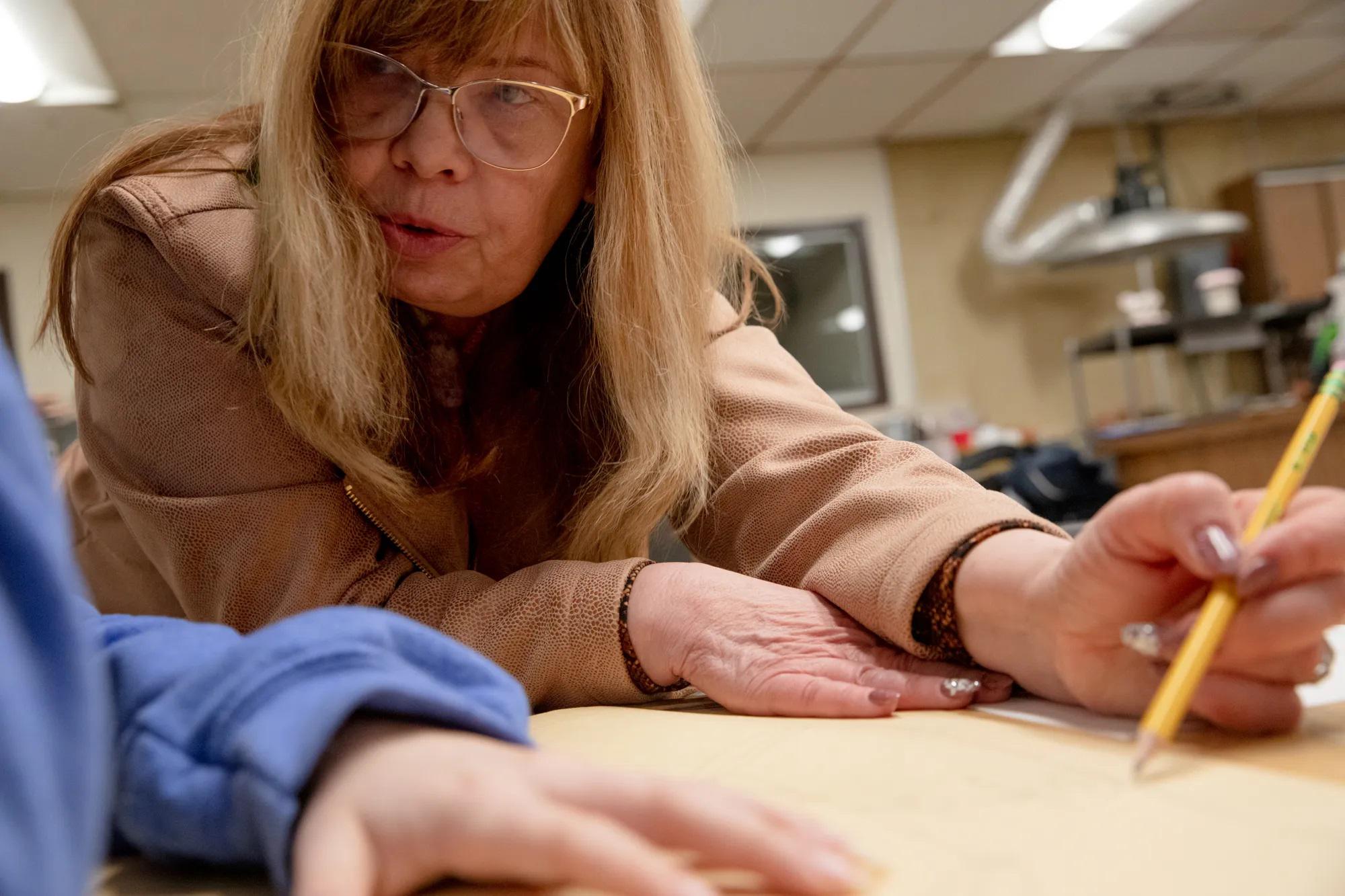 In her role as a para-educator, Cynthia Ross-Zweig has helped children learn to read and write, prepared for SATs, and lately learned to use a bandsaw.

“We really do everything,” Ross-Zweig said.

She works at New Fairfield High School, is president of the Connecticut State Employees Paraeducator Council and a member of the Paraeducator Advisory Council. She also participates in the manufacture of a jewelry box during the workshop.

Paraeducators play many roles and often work with students with various disabilities. But training for the role can vary by school district, Ross-Zweig said. Some districts have it, some don’t.

“I strongly believe that the training we receive should be universal and unified across the state,” she said.

She would like to see more training aimed at understanding individualized special education plans or de-escalation in particular.

Lawmakers introduced a bill, backed by Ross-Zweig, that would require professional development for paraeducators and begin the process of creating a professional certification process for the role, among other measures.

Paraeducators assist teachers or therapists at school, often working one-on-one with children who need extra help in the classroom. They are not required to have any particular certificate or license, although many have college degrees.

House Bill 5321 passed the education committee last month and the appropriations committee on Thursday. The role was also officially recognized this week by Governor Ned Lamont and the State Board of Education.

Proponents say it would help improve the position of paraeducators so they can better help students. The bill is based in part on the recommendations of the Advisory Council of School Paraeducators.

There was little opposition to the bill in public testimony, although one person said it should include more recommendations from the advisory council. Department of Education Commissioner Charlene Russell-Tucker has also requested that the deadline for creating and implementing professional development be extended beyond July 1, 2023.

The Commissioner of the Ministry of Education would also be required to create a working group that would make recommendations to build professional certification for paraeducators. In addition, the ministry should annually review health plan options for paraeducators and submit a report.

Paraeducators may also participate in any planning meetings for the children they work with, at the request of the parent or guardian. And school boards should report information about paraeducators, such as job titles, hourly pay rates and hours worked, to the Department of Education.

This would help them better understand the individualized education programs designed for the children they work with, supporters said in public testimony.

Jennifer McLarney, a paraeducator at Birch Grove Elementary School in Tolland, said in an interview that paraeducators who work closely with children with disabilities often get second-hand information about their education programs.

“I think it will give more legitimacy to the profession of paraeducation, and people will realize that it can really be a long-term career choice,” McLarney said of the bill.

McLarney has been a paraeducator since her youngest child was in first grade – around 10 years old. She fell in love with the job after she started and started thinking of it as a career. The role has become particularly important since the COVID-19 pandemic, she added.

Many students, especially those who need extra help, have fallen behind when learning remotely, she said. Paraeducators help fill these gaps.

“I just think starting on the same page would be so vital in our community of paraeducators,” McLarney said of the training. “It would be great if we started with a more level playing field…HB 5321 is just the first step.”