Members of the Metro Police, Law Enforcement, Police and Emergency Medical Services joined a march through the streets of Parkwood as part of a campaign to end attacks on the rescuers. PHOTO: Natasha Bezuidenhout

Emergency service workers including the Metro Police and the South African Police Service (SAPS) took to the streets of Parkwood on Saturday March 19 to raise awareness of the impact of the attacks on them.

CPF Vice President Nicole Jacobus said they hope the awareness will change the mindset of residents.

“I overheard a lady asking why we can’t be here more often to make them feel safe. There was joy in this lady’s heart that she could now walk to the store or walk to a family member. I think this is due to the realization that the police are here. Hopefully this changes the mindset of our communities.

Grassy Park Police Station Commander Colonel Dawood Laing, who joined the march, said security and law enforcement were all doing a service to the community.

“By supporting this initiative, we want to tell the community that those who are not guilty must try to protect the services because you will not get the service you are supposed to get.

Members of the emergency services are just normal human beings, if they are attacked, if they get shot in a specific area, they will be reluctant to go to the area. Ambulance services have to go to the police station to find escorts, the police are already overloaded with normal duties, which creates tension and absorbs a lot of manpower.

Ward 65 Councilor Donovan Nelson, who joined the campaign, said it was important that emergency service members were safe in the line of duty.

“The message is very simple. If you see these guys, coming to your community, they are providing a service, doing their job and just like you won’t go into a surgeon’s room and stop an operation from happening, don’t stop them from doing their job as well . This is critical work that we absolutely need; we know we need more and faster responses from our EMS services, so any attack on them prevents this and makes it worse in the future. We know we need more law enforcement and metro police in our communities and the few opportunities they have are also hampered by the attacks on them. So I think it’s important and the message is clear, protect these men and women, allow them to do their jobs.

George Nelson of Klip Neighborhood Watch said the frequency with which uniformed officers are attacked is unwarranted.

“We really appreciate the CPF and the police who made this initiative possible today. We can see that we have already had an impact by walking through the different streets of Parkwood. People appreciate that, but we need to bring down the negative perception people have of uniformed personnel. » 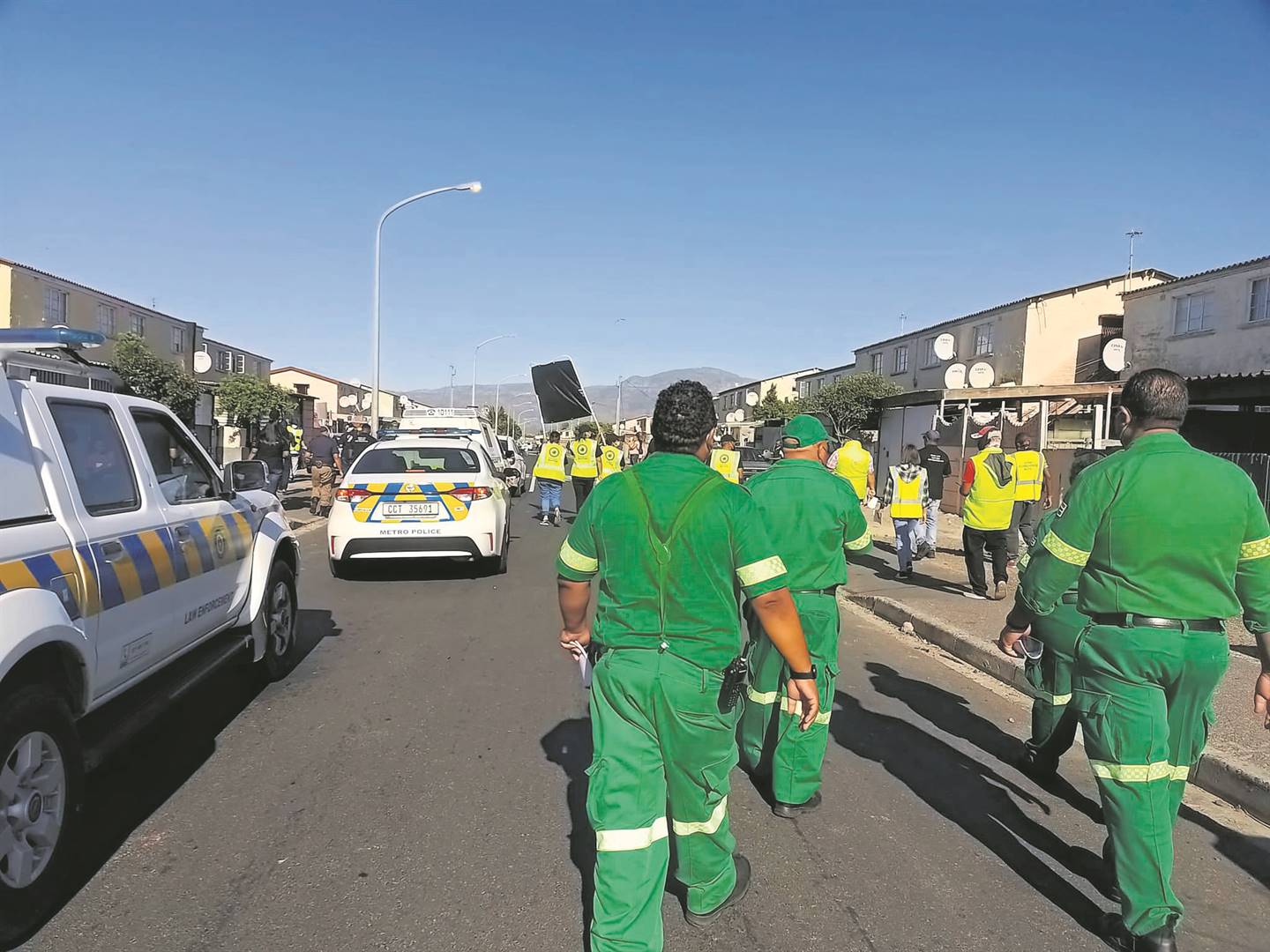 EMS personnel have often been robbed while on duty. PHOTO: Natasha Bezuidenhout 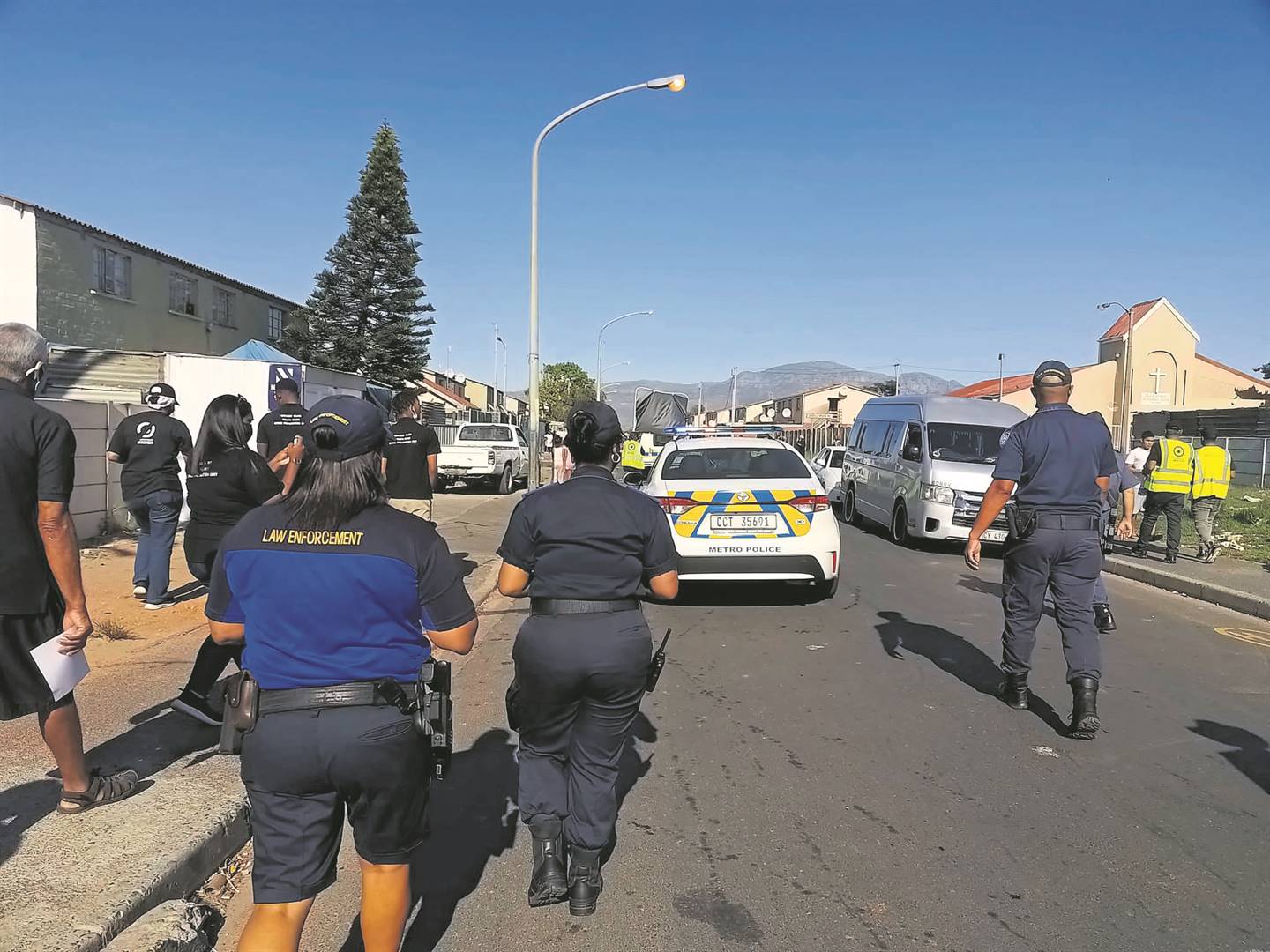 Members of the Metro Police, Law Enforcement, Police and Emergency Medical Services joined a march through the streets of Parkwood as part of a campaign to end attacks on the rescuers. PHOTO: Natasha Bezuidenhout

“People don’t take seriously the service these people provide to the community. They get it for free, but the perception is that they don’t care. They need the service; they call the service and then they attack the service they desperately need and if we can all help drive this initiative it will benefit everyone.

A 32-year-old paramedic who works for Metro Ambulance Services chose to remain anonymous as she described the experience EMS members often face while on duty.

“I’m here to raise awareness about attacks on ambulance services. In the 10 years of working for the service, there have been multiple attacks on EMS members. “We’re not here for ourselves and it’s really sad to see that’s what we have to deal with every day.”

She added that eight years of her service were spent working in Khayelitsha.

“In the 10 years I’ve been in the service, probably at least eight of them, most of the time we’ve needed police escorts to get to areas where vehicles had been stoned, service personnel emergency medical staff had guns pointed at them, stolen personal belongings, stolen medical equipment and suffered widespread abuse all the time from people under the influence of alcohol and drugs and people who are usually just angry in the communities.

“They don’t necessarily understand how it works and that it’s not always our fault if they have to wait for a vehicle. We understand the frustration of having sick family members and we also do our best.

“We are here just to provide a service and everyone deserves health care and good health care, good service.”

She added that if they could, EMS members would wear body armor while on duty.

“The emergency medical services do not receive bulletproof vests. So if an area is really dangerous or if there is ongoing violence like active violence right now, we tend not to enter it at all. And it’s so sad because of the patients in there waiting. Some of these cases are so urgent that minutes can mean the difference between life and death. »

“And that’s what we’re also trying to convey to the communities. Remember that you are the one who suffers at the end of the day, we want to help you. I can’t help you if I’m hurt myself. So, it’s important that everyone stick together because tomorrow it might be your mother, your sister, your child and all we want to do is help.