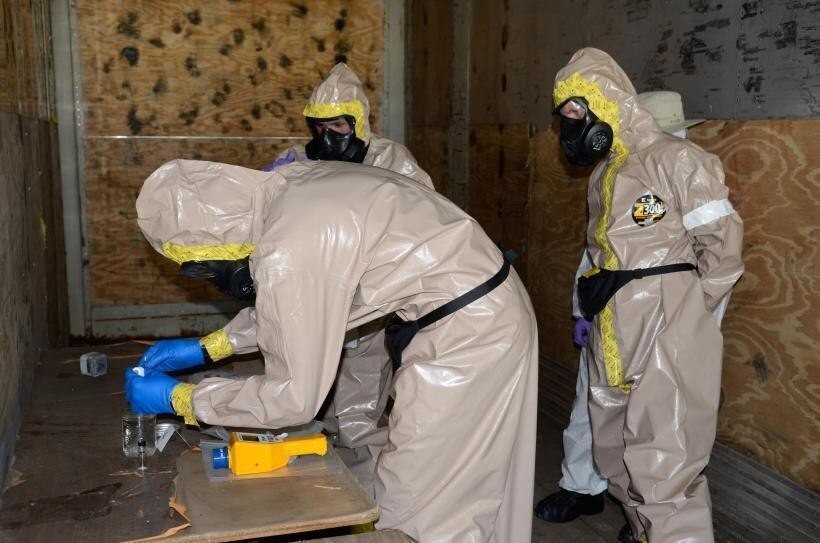 CANADIAN FORCES BASE SUFFIELD, Alberta, Canada – Units from the U.S. Army’s First All Hazards Command will participate in chemical, biological, radiological, and nuclear (CBRN) agent training with NATO partners during the Exercise Precise Response at Canadian Forces Base Suffield in Alberta, Canada, July 11–29.

U.S. soldiers from the 20th Chemical, Biological, Radiological, Nuclear, and Explosives (CBRNE) Command will train with hundreds of CBRN soldiers from Canada, Austria, Belgium, the Czech Republic, Denmark, France, Germany, Italy, Luxembourg, the Netherlands, Norway and Slovakia and the United Kingdom during the annual exercise.

Canada has held Exercise Precise Response every year since 2004, with the exception of 2020 and 2021 due to COVID-19 restrictions. More than 4,000 NATO troops have trained in previous iterations of the exercise.

From the 20th CBRNE Command, 22nd Chemical Battalion based at Fort Bliss, Texas; Joint Base Lewis-McChord, 11th CBRN Company (technical escort) based in Washington; 21st CBRN Company based at Fort Bragg, North Carolina; and the 1st Sector Medical Laboratory based in Aberdeen, Maryland, will participate in the exercise.

U.S. Army soldiers and civilians from the 20th CBRNE Command regularly deploy from 19 bases in 16 states to confront the world’s most dangerous hazards in support of joint, interagency and allied operations.

“This provides insight into what an integrated network for sampling, receiving, testing and reporting potentially hazardous materials looks like and will highlight gaps within our team that we can work to fill, and all the seams between teams that need to be smoothed out. “, said Carmen.

“As a team, we have confidence in our people, our technical skills and our processes that allow us to accomplish our mission,” said Carmen, a 19-year-old U.S. Army veteran from Phoenix who deployed in Iraq and Afghanistan. “Working with a partner nation always enhances our ability to support international missions, and having so many nations focused in one exercise, with the officers live, makes it a great opportunity to see how our multinational partners operate and allows them to see our abilities.”