Construction of the construction site in the main square of the Exarchia district of downtown Athens for the new metro station began on Tuesday with a heavy police presence.

The police even used chemicals to repel protesting citizens.

A protest meeting in the afternoon also took place in the area.

The contractor in charge of the preliminary works of all the sites where the metro stations of line 4 will be built had been notified a month ago “to be on hold”, in view of the local reactions.

According to reports, over the weekend successive meetings were held between the Ministry of Infrastructure, Attiko Metro and the police to finalize the date.

The contractor was only notified on Monday to prevent the information from being leaked.

The installation of the site fence was completed around 11 a.m., when the contractor’s teams left, under police escort.

Attiko Metro assured Kathimerini that “all existing tree types in Exarchia Square have been recorded and photographed and their dimensions have been fully recorded.”

“The vast majority of trees and all shrubs are species that can be successfully transplanted and will be transplanted by specialist teams,” he stressed. 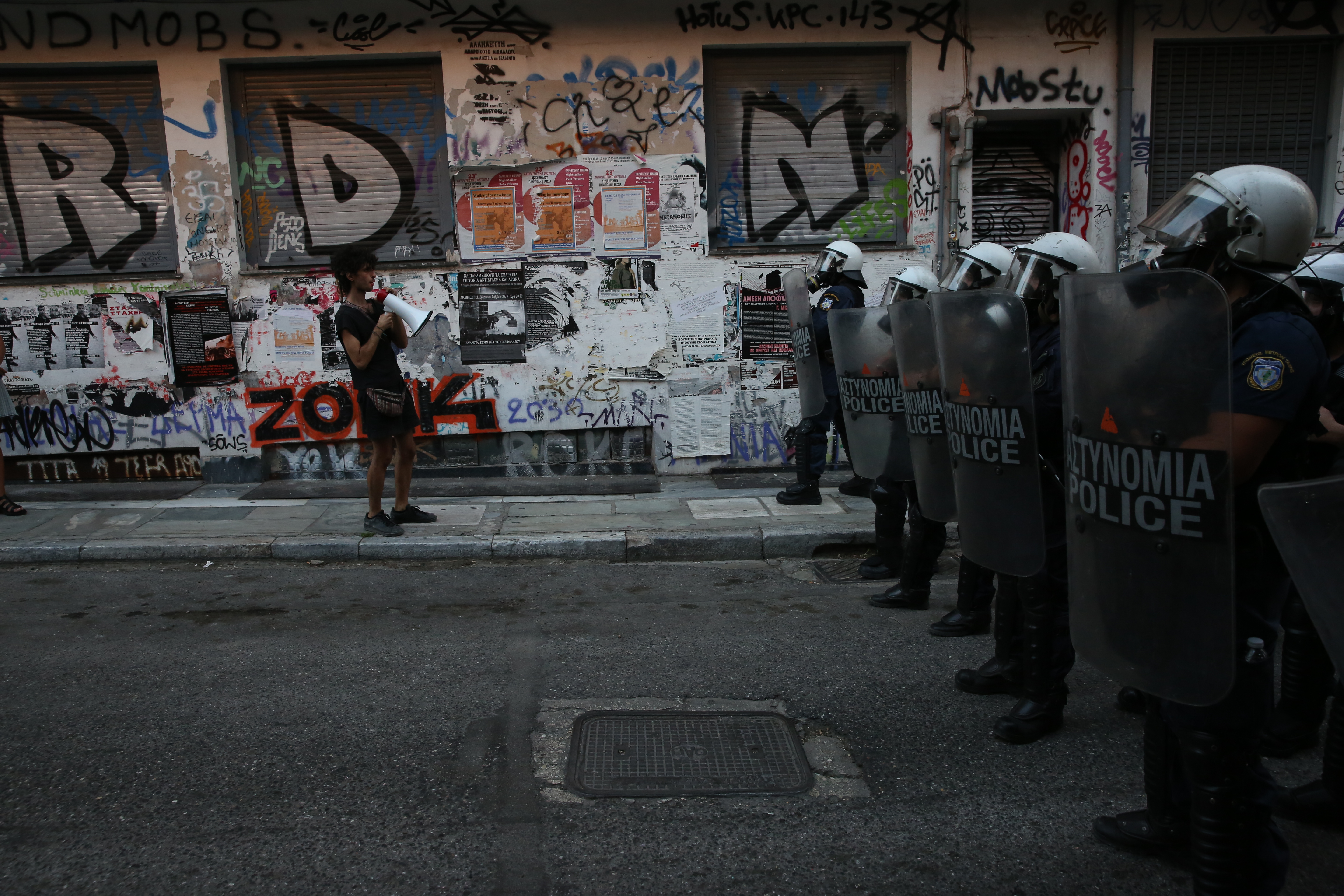